skip to main | skip to sidebar

Blackberry..the plant not the phone!

Another plant that are leftover from the project I had with a friend in 2007-2008 is the blackberry. Actually I had a few pots but 2008-2009 was when I was sooo busy with other things, that they died of neglect, along with apple, pear, kiwi and olive trees! So Im left with only 7 mulberry trees, 6 grapevines and 1 blackberry plant. Blackberry originates from the temperate Northern Hemisphere and South America. It is from the Rubus genus of the Rosaceae family. Blackberry is commercially grown in Oregon USA, making it the No.1 blackberry producer in the world. 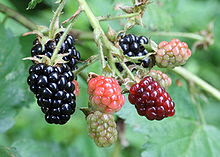 photo from Wikipedia
Blackberries....almost like the mulberry fruits but the mulberry grow from the stems of the leaves, while the blackberries are growing from its 'canes' as shown in the above photo. They have 2 types, one growing upright like a tree and the other one trailing on the ground. Mine is the latter.

photo from Wikipedia
flowers of the blackberries are white and pale pink, shown here pollinated by the bees 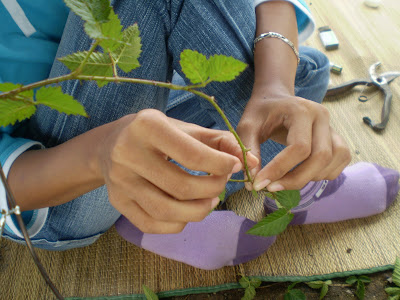 shown here a friend propagating the stem of blackberry
They can be propagated by mature stems or most likely if left tangled on its own the branches will root at the node tips when reaching the ground. So its best if a trellis is built to support the trailing canes, easier to manage as they have thorns just like roses. One way of propagating the stems, dip them in rooting powder, then put the stems in organic soil filled in small plastic bags so that one plant you can have a few plastic bags without cutting the stems from the parent plant. Or you can just cut the mature stems, soak them in water until they start rooting, then plant them. 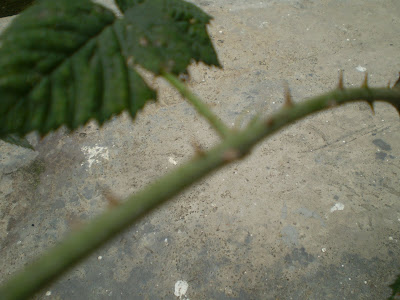 The thorns of blackberry are hard and sharp, have to be careful when you handle them. But nowadays, they have come up with 'thornless' version where they are commercially produced. The berries can be made into desserts, jams, jellies or wine. They are added to apples to make pies and crumbles. young leaves of blackberry, see their resemblance to the leaves of roses but the difference is blackberry leaves are coarse to touch while roses leaves are smooth 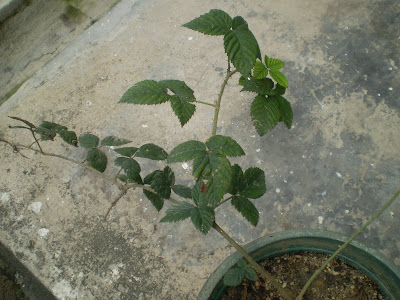 my lone blackberry plant, have to prune the stems so they will be a bit bushy and compact


Blackberry tolerate poor soil but well-drained. They can thrive in full sunlight or shade but not too much shade or they won't bear fruits. The plant supposed to bear fruits by the second year, with fertilising and care but I guess mine will be longer since I neglected it for so long. Right now Im still pruning the branches to make it bushier and compact and propagating the cut stems at the same time.
Posted by p3chandan at 7:33 AM

I hope I will not have "Blackberry" on which we have to talk with my boss about business or to receive complaint e-mails but I wish to plant and harvest sweet blackberry!

Caring berry-family trees seems to difficult but how about your blackberry? Do you have to do some protection against rain?

You have various plants coming from all over the world.

It seems that you are having a little United Nation of plants.

Takaeko, nowadays Blackberry iphone or whatever its called has become a necessity..its like a mini personal computer because its so convenient! So far my blackberry is not that difficult to take care as it can thrive in full sunlight or shade or the rain. But it needs well-drained soil or else it will be water-logged and rot.

Rainfield, thank you.I guess Im lucky to have a good friend who is an accomplished academician and also an expert on temperate plants. He didnt import any of those plants but got the fruits from local markets then acclimatize the seeds, germinate them and the rest is history! You can look up his blog www.abdulwahabarbain.blogspot.com

I have a blackberry plant too and I am hoping it will bear some fruits this coming season... actually I had not cared for the plant that well too... it is supposed to be quite hardy, I heard...

You have so many 'unusual' plants in your garden. By the way, my mulberry plants are growing, yippee!

You had Kiwi, apple , pear and olive in your garden? GULP! Amazing!

Mr Lrong, yes I think blackberry is a hardy plant and can take care of itself but if you want it to bear fruits I guess fertilising and tender loving care is necessary. Hope to see your post on your plant when it starts flowering.

Milka, Im thankful to have those plants, but I regret I didnt take care of them sooner.Anyway, congrats on your mulberry, hope it starts flowering in a few months time!

Malar, I used to have those, but because of my neglect, all are gone..:(

Woow, so interesting...you have a lots of temperate fruits plant. Can I have some, to plant in my new land? Just hoping I also can plant BB, olive,Kiwi and pear in my garden too. Just now only have few fruit plant just local include mulberry. Mulberry eat with 'kuah rojak' taste so good.

Makarimi, ok no problem I can give you a blackberry plant,but at the moment, I dont have olive, kiwi, pear and apple since they died on me. My friend is germinating those soon and will be selling them later. If you want I can get them for you too.

very interesting. didnt know that oregon was the leading prodducer of blackberries. good luck with the plants this time around!

I didn't know you can grow all those berry plants and the olive, kiwi, pear, apple in Malaysia. Oh wow!

You can Autumn Belle..although you have to acclimatize the seeds first i.e change their biological clock to suit our climate. Of course you got to have the expertise to do it like my friend has..

I don't think I have ever eaten a blackberry, are they similar in taste to a mulberry?

Ali, yes I think it is, according to Wikipedia, although I have not tasted it too..even the berries almost look alike.

Similar with strawberry leaves as well. When I do go back to Malaysia can you teach me how to propagate this plant :)...hehehe...I think this is a very good post for 'Seed Week'.

ooohhh i envy you. I want both the phone and the plant. greedy me! hehehe

Great photos and nice to know one can grow edibles.

WELCOME TO MY GARDEN... 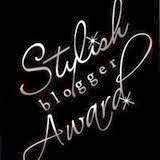 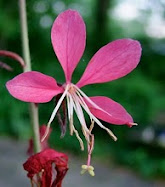 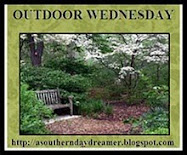